In the third episode of the Iran Watch Listen podcast, we speak with Laura Rockwood, a former senior official at the International Atomic Energy Agency (IAEA), about the authorities that the IAEA uses to conduct nuclear inspections in Iran, as well as Iran's recent decision to reduce the Agency's level of access. The conversation took place on March 25 and was hosted by Valerie Lincy, Executive Director of the Wisconsin Project on Nuclear Arms Control, and Austin Bodetti, a Research Associate at the Wisconsin Project. Read more about our guest below.

The IAEA plays a leading role in monitoring Iran’s nuclear program, including through inspections of nuclear material and related facilities. The international community relies on the IAEA and its public reporting as an objective source of information about the status of Iran's nuclear program and Iran’s compliance with restrictions set forth in the Joint Comprehensive Plan of Action (JCPOA), the 2015 agreement placing limits on Iran’s nuclear activities.

However, nuclear monitoring in Iran did not begin with the JCPOA. As a party to the Nuclear Nonproliferation Treaty (NPT), Iran has had a Comprehensive Safeguards Agreement (CSA) in force for decades. These Agreements are intended to cover all nuclear material and nuclear facilities in a country and are used to verify that a nuclear program is peaceful. Following the discovery in the 1990s of Iraq's undeclared nuclear program, the IAEA developed an Additional Protocol to CSAs. This Protocol provides the IAEA with more information about and access to the entirety of a country's nuclear fuel cycle. Iran signed an Additional Protocol in 2003 and implemented it provisionally until 2006. In 2015, Iran agreed to resume its provisional implementation of its Additional Protocol—pending its entry into force—under the JCPOA. The IAEA was granted further access pursuant to the JCPOA, including to inventories of key gas centrifuge components and manufacturing equipment, and was provided with a mechanism to request access to locations not declared by Iran but suspected of involvement in Iran’s nuclear-related work. 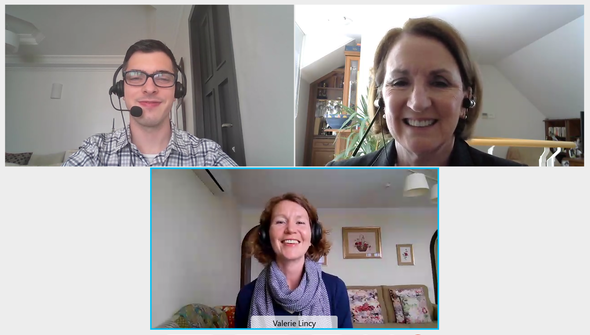 Laura explains the relationship between the IAEA's authorities in Iran and the differing levels of access that they provide. She uses the analogy of a jigsaw puzzle, with the Agency bringing together pieces of information obtained through inspection to verify the peaceful nature of a country’s nuclear program. Iran's CSA gives the Agency a number of puzzle pieces; provisional application of the Additional Protocol provides more pieces of the puzzle and therefore a higher degree of confidence in the peaceful nature of Iran's nuclear program; the JCPOA adds still more pieces and therefore provides even greater confidence.

Late last year, Iran’s parliament ordered the government to suspend all voluntary measures under the JCPOA, including provisional application of the Additional Protocol, by February 23 if the United States failed to lift sanctions. The order has limited the Agency's access in Iran, although Iran and the IAEA did strike a short-term agreement, or “temporary bilateral technical understanding,” just before the deadline. While Agency access will be limited to that provided under Iran’s CSA, Iran has agreed to maintain surveillance in other locations that don’t fall under the CSA for up to three months—though it will not share the images unless sanctions are lifted and the JCPOA is again being implemented.

Our discussion also covers the world of open source research—both data, and the tools used to ingest that data and turn it into knowledge. The IAEA has embraced this resource: it has a section dedicated to open source data analysis and is increasingly interested in such research from civil society. Laura describes how analysis based on open source data provides a useful check on government conclusions; it offers a means of verifying governments' claims and a way for governments to share information without compromising sources and methods. Laura further emphasizes the value of publicly releasing IAEA reports, and for those reports to include a high level of detail. This provides transparency and confidence in the nuclear intent of the country being inspected.

Laura Rockwood is Director of One Earth Future's Open Nuclear Network, which works on the reduction of nuclear risk using innovation, inclusion, and dialogue supported by open-source data. She spent 28 years at the IAEA, including as the Section Head for Non-Proliferation and Policy in the Office of Legal Affairs. Laura was also the senior legal advisor on all aspects of IAEA safeguards, the principal author of what became the IAEA's Model Additional Protocol, and a participant in negotiations on Iran, Iraq, and North Korea.

Subscribe to Iran Watch Listen on Apple Podcasts, Google Podcasts, Spotify, Stitcher, or wherever you get your podcasts.

Trigger Warning: The Consequences of Snapping Back Sanctions on Iran
January 31, 2023
Stuck in the Past: The U.N.’s 2231 List
January 31, 2022
Why Companies around the World are Reversing Course on Iran Business
May 18, 2021
END_OF_DOCUMENT_TOKEN_TO_BE_REPLACED