This month's newsletter includes findings from an expert roundtable discussion about how open source tools and data can support U.S. and multilateral efforts to constrain Iran's missile program, both through sanctions and an eventual agreement. The newsletter also includes official statements about INSTEX, the new EU payment channel set up to facilitate certain trade with Iran, the U.S. reaction to Iran's recent satellite launch efforts, details about the case against Chinese telecom giant Huawei for violating U.S. sanctions against Iran, and news about a missile factory Iran is building in Syria. Subscribe here to receive the newsletter in your inbox. 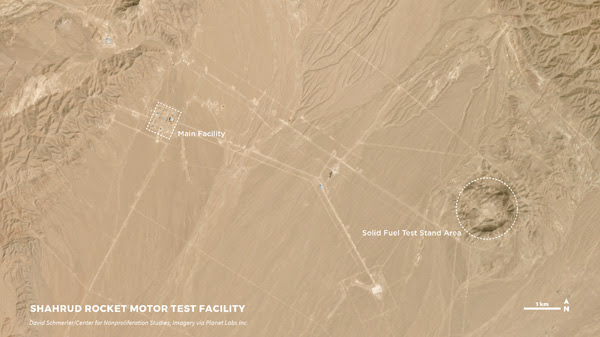 Monitoring and verification are critical to the implementation of expansive U.S. sanctions against Iran and to any formal agreement that restricts Iran's missile program – one objective of the U.S. policy of maximum pressure. Both monitoring and verification are increasingly influenced by the public availability of open source tools and data, such as machine learning, remote sensing technologies, and trade and corporate data. The Wisconsin Project brought together an expert panel for a private discussion about how these tools, wielded by non-governmental organizations (NGOs), can support efforts to constrain Iran's missile program.

The panel concluded that:

France, Germany, and the United Kingdom establish INSTEX, a special purpose vehicle designed to facilitate certain trade between the EU and Iran – January 31, 2019

EU Council conclusions on Iran renew support for the JCPOA and INSTEX while raising concerns about Iran's role in the region and ballistic missile activity  – February 4, 2019

The U.S. intelligence community assesses that Iran is not currently undertaking the key activities necessary to produce a nuclear device and warns against Iran's ballistic missile program - January 29, 2019

Pars Isotope Company
A company linked to the Atomic Energy Organization of Iran (AEOI) that produces radioisotopes and radiation sources and conducts research on radioisotope separation; sanctioned by the United States in November 2018 as part of the re-imposition of sanctions on Iran. 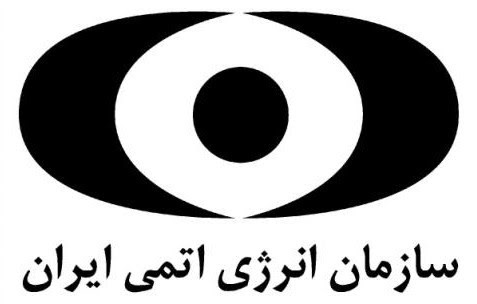 Radiation Applications Development Company
A subsidiary of AEOI that develops irradiation technology and facilities for use in medical, security, and scientific applications.

Novin Pars Mineral Exploration and Mining Engineering Company
A mineral and mining exploration and engineering company affiliated with AEOI that has worked with the Iranian Mines and Mining Industries Development and Renovation Organization (IMIDRO) to identify potential areas suitable for mining.

Israel Said to Find New Iranian Precision Missile Factory in Northwest Syria
February 7, 2019: Israel has discovered a new Iranian precision missile factory being constructed near the northwestern city of Safita, Syria, with the help of the Syrian government and the terror organization Hezbollah. In order to build this facility, Iran bypassed international sanctions through straw companies established by Syria’s Scientific Studies and Research Center. The companies, the Organization of Technological Industries (OTI) and the ANAS Group, ordered missile parts from Italy, China, and other eastern Asian countries. 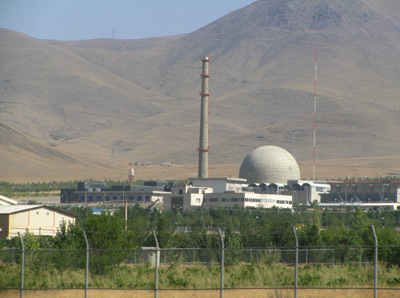 January 25, 2019: Iran’s nuclear chief Ali Akbar Salehi revealed that additional pipes were procured for the Arak heavy water reactor to replace those filled with concrete as part of the nuclear agreement. The purchase would allow Iran to "quickly revert to the previous position," according to Salehi. In an earlier interview, Salehi said that Iran is "taking preliminary steps toward production of 20-percent modern nuclear fuel" for reactors like the Tehran Research Reactor. An Israeli report on Salehi's comments quoted him as saying that Iran will transfer 30 tons of uranium "yellowcake" from the Ardakan site to Isfahan, perhaps to the Uranium Conversion Facility.