This month's newsletter includes analysis of a recently concluded export enforcement case against an Australian man for his role in sending controlled U.S. military technology to end users in Iran and an update on companies re-evaluating trade with Iran in light of the re-imposition of sweeping U.S. sanctions. The newsletter also includes documents related to recent sanctions actions by the U.S. government as part of its maximum pressure campaign, a letter by European parties to the nuclear agreement about Iran's ballistic missile provocations, news about a recent visit by nuclear inspectors to a suspicious site in Tehran, and more.

Australian National Sentenced to 24 Months in Prison Over Illicit Shipments of U.S.-origin Aircraft Parts to Iran

Late last month, an Australian national, David Russell Levick, was sentenced to 24 months in prison after pleading guilty to procuring and attempting to procure U.S.-origin aircraft parts for transshipment to Iran. Levick's sentencing comes over seven years after his indictment for conspiring to defraud the United States and for violating the International Emergency Economic Powers Act (IEEPA) and the Arms Export Control Act.

While these transfers and attempted transfers took place some time ago, they illustrate several hallmarks of illicit Iranian procurement that continue today: First, the reliance on transshipment through high-traffic jurisdictions that both serve as reasonable end-use destinations for sensitive items and have comparatively lax export control systems; second, the willingness to seek items below the technical control level, in an effort to avoid the export licensing process and the red flags that this process might raise with manufacturers; finally, the role of unscrupulous brokers like Levick in helping Iran obtain U.S.-origin technology that it would not otherwise be able to acquire.

Learn more about the case here.

The United States has continued to ratchet up pressure on Iran since last November, when powerful sanctions were re-imposed on Iran's banking, energy, and shipping sectors – and on the governments and companies still engaging with those sectors. Faced with the threat of these sanctions, and despite EU efforts to counter their impact, companies around the world have been abandoning trade and investment with Iran that they had initiated following the nuclear agreement.

Learn more about the latest sanctions and companies' responses here.

On April 9, the U.S. and U.K. authorities announced a combined $1.1 billion settlement with Standard Chartered Bank (SCB) for its apparent violation of numerous U.S. sanctions programs, including those related to Iran:

U.S. announces designation of the IRGC as a Foreign Terrorist Organization - April 8, 2019

France, Germany, and the U.K. ask the UN to "report fully and thoroughly" on Iran's ballistic missile activity that is "inconsistent" with Security Council resolution 2231 - February 22, 2019 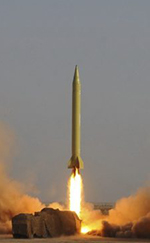 A subordinate of Iran's Aerospace Industries Organization (AIO) responsible for Iran's liquid-fueled ballistic missile program, including the medium-range Shahab-3. Relies on a string of front companies for missile-related procurement. Still subject to sanctions by the United Nations, European Union, and United States.

U.N. Watchdog Inspects a Site Flagged as Suspicious by Israelis—But Possibly Too Late 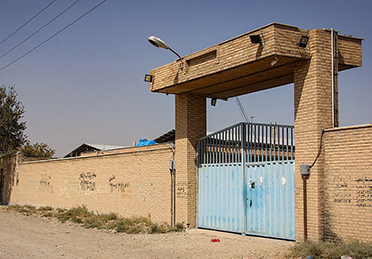 April 4, 2019: The International Atomic Energy Agency (IAEA) has inspected a site in Tehran identified by Israeli Prime Minister Benjamin Netanyahu in September 2018 as housing 300 tons of nuclear equipment and as much as 15 kilograms of radioactive material. A team from the IAEA visited the site in February 2019 and took environmental samples that are being analyzed. However, the Agency has been criticized for its delayed inspection, which may have allowed Iran to move or remove items from the site.

Iran Summons Kenyan Ambassador Over Nationals Jailed in Nairobi
March 18, 2019: The Kenyan Supreme Court upheld the sentences of Ahmad Abolfathi and Seyyed Mansour Mousavi, two Iranian nationals convicted on terrorism charges. The men were arrested in June 2012, convicted in 2013 of planning terrorist attacks and possession of RDX explosives, and originally given life sentences. Their sentences were reduced to 15 years in 2016 and the Court of Appeal later acquitted the men and ordered them freed. This acquittal was reversed by the Supreme Court. Kenyan investigators believe that Abolfathi and Mousavi may have links to Iran's Quds Force, a branch of the Islamic Revolutionary Guard Corps (IRGC).