This month’s newsletter features the findings from an Iran Watch roundtable on the “atomic archive,” a trove of information about Iran’s past nuclear weapons program that was clandestinely acquired by Israel in 2018 from a storage building in Tehran. An expert panel convened by the Wisconsin Project on Nuclear Arms Control identified lessons that may be drawn from the archive about the role and value of export controls, inspections, and other international measures in slowing or preventing a country from developing nuclear weapons.

The newsletter also features profiles of Iranian and North Korean missile experts and of an Iranian research center suspected of involvement in ballistic missile cooperation with North Korea. Other items in the newsletter include news briefs on a deadly Iranian drone attack on a ship in the Gulf of Oman and Iranian nuclear advances in violation of the JCPOA, as well as documents from the Iran Watch library about these developments. 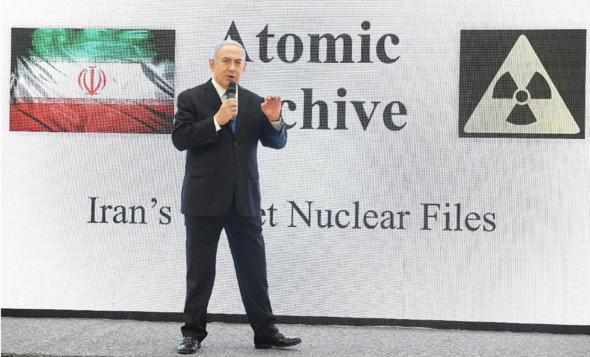 Information regarding Iran’s past nuclear weapon program emerged in 2018, when Israel unveiled information from Iran’s so-called “atomic archive.” This information merits consideration in shaping U.S. policy toward Iran, specifically as part of current efforts to revive or expand the Joint Comprehensive Plan of Action (JCPOA) or to design a new agreement. The Wisconsin Project convened a group of experts for two private discussions to determine lessons from the archive on the role and value of export controls, inspections, and other international measures in slowing or preventing a country's ability to develop nuclear weapons.

The panel found that while export controls slowed the development of Iran’s clandestine nuclear program they did not prevent the program from advancing. Iran obtained items from abroad, including items that were below the control thresholds of multilateral supply regimes, developed indigenous production capability, and received critical foreign assistance through non-official channels. The archive reinforces the importance of supporting the monitoring efforts of the International Atomic Energy Agency (IAEA), which the panel found would be aided by an Iranian data declaration, expanded IAEA access to individuals and sites, the authority for the IAEA to investigate allegations of weaponization, and member state support and intelligence sharing. (Image courtesy of the Israeli Foreign Ministry)

An official in the AIO; has served as director of Shahid Haj Ali Movahed Research Center; according to a U.N. Panel of Experts report, suspected of involvement in technical and logistical cooperation between SHIG and KOMID, and of supporting an SLV launch in Iran.

A subsidiary of SHIG; according to the U.S. Department of the Treasury, has played a key role in missile cooperation between Iran and North Korea; according to a U.N. Panel of Experts report, suspected of receiving support and assistance from North Korean missile specialists on an SLV.

The Panel of Experts report also named the following KOMID-affiliated North Korean missile specialists as allegedly having traveled to Iran to work on an SLV: 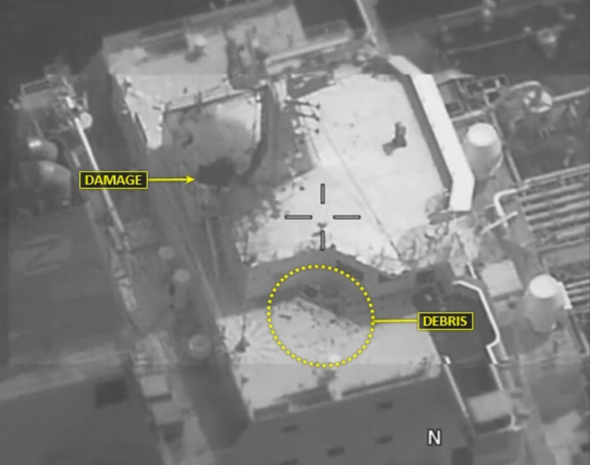 August 1: Israel, the United Kingdom, and the United States accused Iran of using one or more explosive-carrying drones to attack the Mercer Street, an oil tanker traveling in the Arabian Sea near Oman. The strike killed two members of the Mercer Street’s crew and—according to a U.S. official—blew a hole in the top of the ship’s bridge. Following the attack, the U.S. Navy escorted the Mercer Street to safety. Zodiac Maritime, a London-based company controlled by Israeli businessman Eyal Ofer, manages the Mercer Street, whereas the Japan-based firm Taihei Kaiun Co. owns the vessel. The deceased crewmen were nationals of the United Kingdom and Romania, respectively. British Foreign Secretary Dominic Raab said that the United Kingdom and its allies planned a joint response to the alleged Iranian strike, which he described as a violation of international law. A spokesman for Iran’s Foreign Ministry denied any Iranian involvement in the operation. (Image courtesy of the U.S. Department of Defense)

August 17: The International Atomic Energy Agency (IAEA) reported that Iran had produced 200 grams of uranium metal enriched up to 20 percent purity as of August 14. Iran had previously produced smaller quantities of the metal. The Joint Comprehensive Plan of Action (JCPOA), the international agreement imposing restrictions on Iran’s nuclear program, prohibits the country from making uranium metal, which has applications in nuclear weapons. The U.S. State Department criticized Iran’s production of enriched uranium metal and described the move as undermining negotiations to return Iran and the United States to compliance with the JCPOA.

August 18: The International Atomic Energy Agency (IAEA) confirmed on August 15 that Iran had introduced a second cascade of centrifuges capable of enriching uranium to 60 percent purity at the Natanz nuclear facility. The expansion doubles the Natanz facility’s capacity to enrich uranium to 60 percent. Iran had previously shut down the second cascade in April, at the start of now-paused negotiations to return Iran and the United States to compliance with the JCPOA. Iran claimed to have stockpiled 8.9 kilograms of uranium enriched to 60 percent in July, up from 2.4 kilograms the previous month.

Months of covert maritime conflict between Iran and Israel flared into the open when the Mercer Street, a vessel linked to an Israeli businessman, was struck by drones in the Gulf of Oman. Two crew members were killed. Several governments blamed the attack on Iran.

Prospects for a return to compliance with the JCPOA by Iran and the United States have dimmed. Iran continues to advance its nuclear program in violation of the accord, and recently-inaugurated President Ebrahim Raisi named an individual sanctioned by the United Nations as the new head of the Atomic Energy Organization of Iran (AEOI). In the meantime, the United States sanctioned additional individuals and entities linked to Iran sanctions violations.