This month’s newsletter features a report on the multilayered sanctions levied against Iran’s financial sector as part of the Trump administration’s “maximum pressure” campaign, and the legacy of these sanctions for the Biden administration’s planned nuclear diplomacy. A decision to return to the nuclear accord or to offer Iran sanctions relief in the context of negotiations would require reversing some sanctions. However, doing so will be complicated by the way in which the Trump administration targeted the financial sector as a whole and layered multiple sanctions on individual Iranian banks.

The newsletter also features profiles of entities involved in Iran’s uranium metal production and documents describing Iran’s expanding uranium enrichment effort and deployment of new weapon systems. Other items in the newsletter include a roundup of analysis on the merits of a “clean” return to the JCPOA by the Biden administration and news about Iran’s plans to produce uranium metal, recent drone exercises, and the merger of several Iranian banks connected to the military. 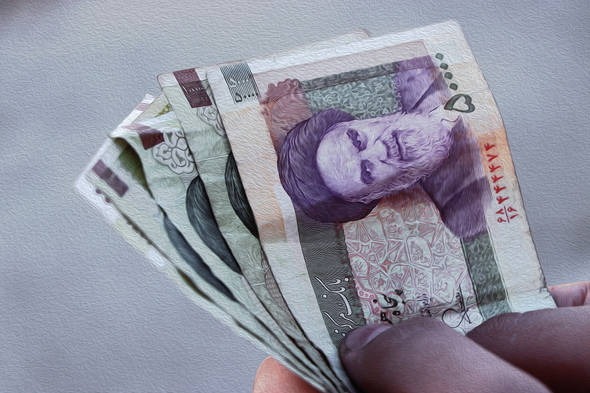 The Biden administration has pledged to renew nuclear diplomacy with Iran and voiced its willingness to return to the Joint Comprehensive Plan of Action (JCPOA) if Iran resumes compliance with the accord’s nuclear restrictions. For the United States, this would require reversing at least some of the overlapping trade and financial restrictions imposed by the Trump administration on almost every part of Iran’s economy. The outgoing administration made such a reversal more challenging, particularly as a result of the secondary sanctions imposed on Iran’s financial sector and the designation of major Iranian banks pursuant to nonproliferation and counter-terrorism authorities.

The main Iranian government agency responsible for nuclear fuel cycle development, including uranium enrichment and research and development of advanced centrifuges; involved in Iran’s undeclared centrifuge enrichment program between 1988 and 2003; currently subject to U.S. sanctions imposed by the Commerce, State, and Treasury Departments. 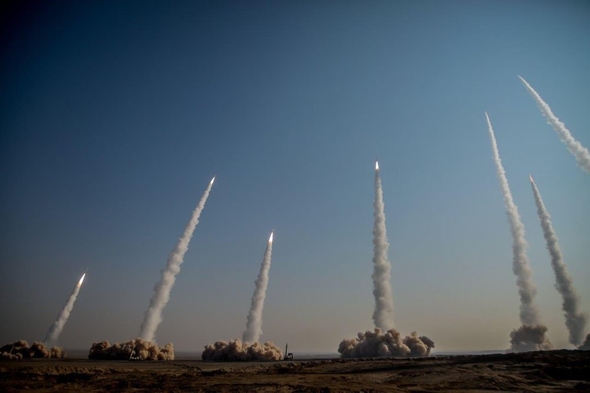 January 13: Iran’s Islamic Revolutionary Guard Corps (IRGC) tested “suicide drones” during a military exercise. The drones resemble so-called “Delta” unmanned vehicles used in a 2019 attack on two locations in Saudi Arabia, Abqaiq and Khurais. While the Houthi rebels in Yemen claimed responsibility for this attack, Saudi Arabia, the United States, and the United Nations have linked the drones to Iran. The IRGC also tested solid-fuel Dezful and Zolfaghar ballistic missiles during the military exercise.

January 13: Iran has begun manufacturing equipment that will be used to produce uranium metal in the coming months, according to a report by the International Atomic Energy Agency (IAEA). The material will be used to make fuel for a research reactor in Tehran, according to Iran’s ambassador to the IAEA. Because of its nuclear weapon applications, Iran agreed not to pursue uranium and plutonium metallurgy for 15 years under the 2015 Joint Comprehensive Plan of Action (JCPOA). The agreement allowed Iran to work on advanced fuel for research reactors after ten years. The uranium metal production line is expected to be located at a site in Isfahan, near the Uranium Conversion Facility. According to Western officials, the work is being done by Sureh, a subsidiary of the Atomic Energy Organization of Iran (AEOI) that is currently under U.S. sanction and was previously sanctioned by the European Union. In December, the Iranian Parliament called on the government to start producing uranium metal within five months if the United States does not lift economic sanctions.

December 20: Iran has completed a planned merger of six banks with ties to Iran’s military, according to a statement by Abdolnaser Hemmati, the head of the Central Bank of Iran. State-owned Sepah Bank will take over Ansar Bank, Ghavamin Bank, Hekmat Bank, the Kosar Credit Institution, and Mehr Eqtesad Bank. Iran first outlined plans for the merger in March 2019 in a bid to increase transparency and reduce the military's footprint in Iran’s financial sector.

As the Biden administration pledges to renew nuclear diplomacy with Iran, analysts debate the merits of a “clean” return to the JCPOA by the United States:

“The Biden administration should recognize the need to learn from the legacy of the Trump and Obama administrations alike. The exclusive focus on the nuclear issue with Iran during the Obama years, and the resulting alienation and mistrust of Israel, Saudi Arabia, and the United Arab Emirates, came with a price.”

“The United States should pursue a return to the deal as an option of first resort on the merits alone. But even if it doesn’t succeed—for example, if Iran rejects the US offer of a clean return—Washington will be far better positioned to pivot to alternatives, to include a smaller deal or maintaining pressure.”

“The new administration should not rush to the negotiating table, and it should reject any assertion by Iran’s leaders that the United States should atone for Trump’s policy. Iran leaders should pay for their violations, both past and present.”

“The United States almost certainly sits down to any negotiation with Iran with less leverage than it did in the run-up to the JCPOA. After four years of sustained assault by Trump on European interests, there is little European support for any JCPOA+ style negotiations until the United States comes back into compliance with the original deal's parameters and Iran begins to see some benefit from sanctions relief.”

“The incoming Biden administration and Iran should move swiftly to revive the nuclear agreement on its existing terms. A staggered timetable to bring both sides back into full compliance likely is the best path toward nuclear and regional de-escalation.”

Amid tensions with United States, Iran aims to project power on land and at sea: