Almost seven years ago, the United Nations Security Council adopted resolution 2231, which endorsed the Joint Comprehensive Plan of Action (JCPOA), the international accord subjecting Iran to restrictions on its nuclear program in exchange for sanctions relief. Resolution 2231 lifted sanctions imposed pursuant to previous Security Council resolutions, but it also extended some restrictions related to military aspects of Iran’s nuclear activities. Notably, it maintained targeted sanctions on a list of actors tied to these activities.

The 2231 List currently includes the names of 23 individuals and 61 entities whose assets U.N. member states must freeze until October 18, 2023.[1] Resolution  2231 also gives the Security Council the power to add (or remove) individuals and entities to the list based on their contribution to Iran’s proliferation-sensitive activities.

Yet the total number of entries on the list, as well as the details of the entries themselves, has remained virtually unchanged since its inception. Developments during this period of stasis have rendered much of the 2231 List out of date. While the list was never expected to counter Iran’s nuclear and missile activities on its own, it serves as one part of the international baseline for restrictions on those activities. Failure to keep the list up to date both hinders the full implementation of these restrictions and reinforces the mistaken notion that all U.N. sanctions against Iran were lifted pursuant to the JCPOA. 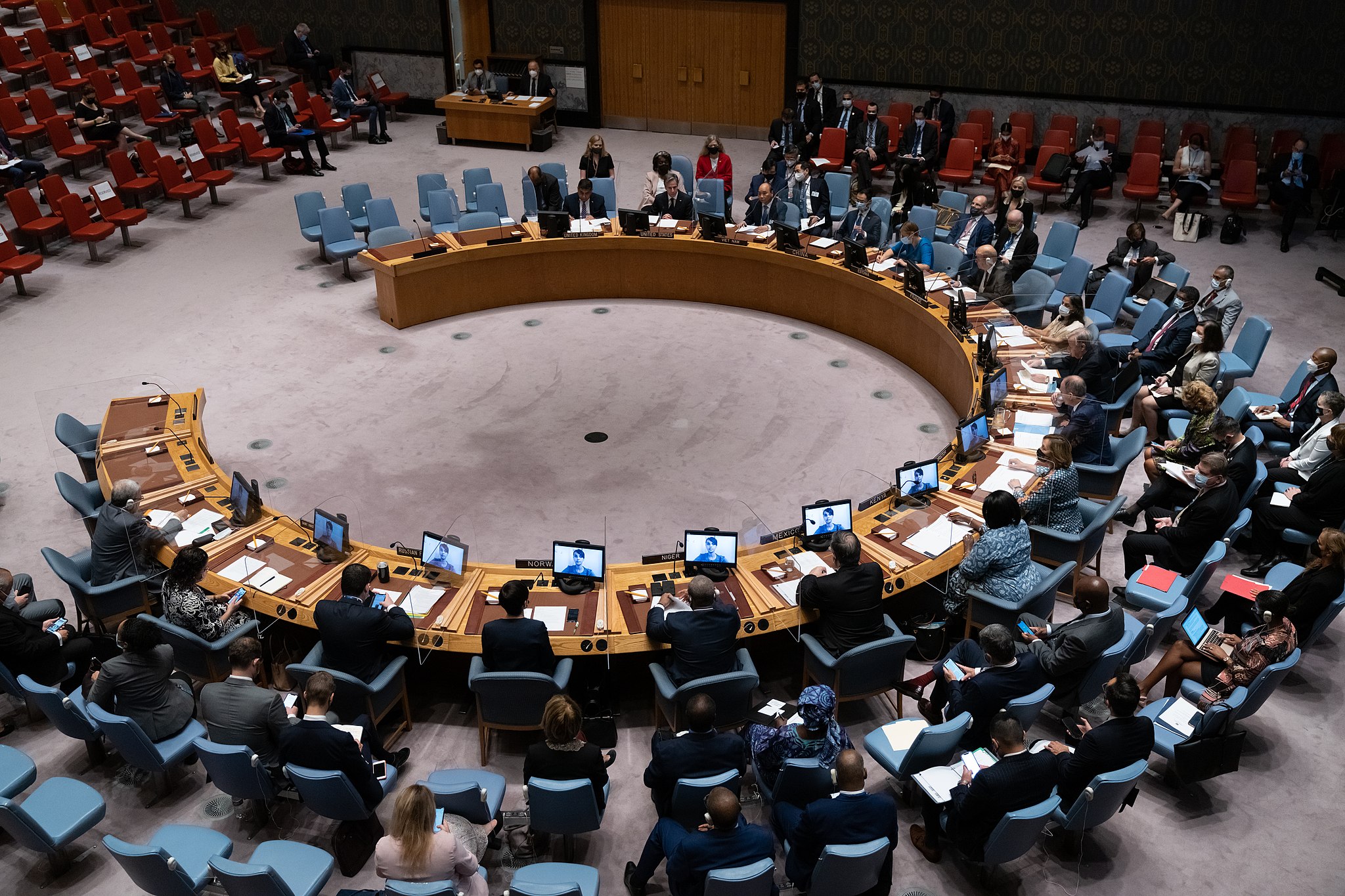 Resolution 2231 empowers the Security Council to expand the 2231 List by designating “additional individuals and entities” found to have “engaged in, directly associated with or provided support for Iran’s proliferation-sensitive nuclear activities undertaken contrary to Iran’s commitments in the JCPOA or the development of nuclear weapon delivery systems, including through the involvement in procurement of prohibited items, goods, equipment, materials and technology.”

The resolution does not specify a process for updating the identifying information and other details of entries on the 2231 List, but the U.N. Secretary-General has indicated in past statements that this responsibility falls to the Security Council as well.

Despite the existence of these mechanisms, the 2231 List has stayed static since 2016, when the Security Council made its sole removal to date. (Sanctions were lifted on the Iranian financial institution Bank Sepah and its subsidiary, Bank Sepah International.) This inactivity has proved a source of frustration for the United States, which withdrew from the JCPOA in 2018 and imposed a broad range of its own sanctions on Iran. In 2019, Agence France-Presse reported that the United States sent the Security Council a letter urging it to update the 2231 List. The letter remarked, “Full implementation of these asset freeze and travel ban measures requires continuing attention to the details of the designation list.”

At the time, and still today, some entries on the 2231 List were missing key information, such as new names. As early as 2014, the U.S. Treasury Department had identified Pouya Air as an alias for Yas Air, an Iranian airline first sanctioned by the Security Council in 2012; the United States highlighted this example in its letter. In another example, the 2231 List includes Qods Aviation Industries (QAI), a company affiliated with the Iranian Ministry of Defense and Armed Forces Logistics (MODAFL) that produces drones for the Islamic Revolutionary Guard Corps (IRGC).[2] However, according to Iranian corporate legal notices, QAI changed its trade name to “Light Aircraft Design and Manufacturing Industries” in 2019.

Moreover, several of the individuals sanctioned by the Security Council, including a number of top officials in Iran’s nuclear and missile programs and the IRGC, have moved on from the positions that they held when they were first designated more than a decade ago.[3] Mohammad Eslami, described on the 2231 List as head of the Defense Industries Training and Research Institute (DIRTI), now leads the Atomic Energy Organization of Iran (AEOI). Hossein Salami, identified in the 2231 List as commander of the IRGC Air Force—itself renamed as the IRGC Aerospace Force in 2009—has headed the IRGC as a whole since 2019.[4] The  2231 List notably does not include Amir Ali Hajizadeh, the chief of the IRGC Aerospace Force since 2009 and a key figure leading Iran's ballistic missile program.

Some of these personnel changes have been tracked by the United States. For example, Mehrdad Akhlaghi Ketabchi, who appears on the 2231 List as head of Shahid Bagheri Industrial Group (SBIG), has been more recently identified by the U.S. State and Treasury Departments as director of the Aerospace Industries Organization (AIO) and, now, the Defense Industries Organization (DIO).

And at least three of the individuals whose names appear on the blacklist have died in the last two years. The United States killed Qassem Soleimani, the commander of the IRGC Qods Force, in a drone strike in January 2020. Mohsen Fakhrizadeh, the leader of the Organization for Defensive Innovation and Research (SPND), a MODAFL-subordinate research center involved in Iran’s nuclear program, was assassinated in November 2020 in an attack that Iran blamed on Israel. Mohammad Hejazi, whom the Security Council included on the 2231 List for his role as chief of the Basij Resistance Force, passed away in April 2021. These individuals remain on the 2231 List, whereas the Security Council has yet to sanction any of their successors.

As well as neglecting to update entries already on the 2231 List, the Security Council has missed opportunities to add new entities and individuals based on the criteria established in resolution 2231. The United Nations has documented several possible violations of the resolution by entities on the 2231 List. In most cases, these violations were clearly or likely facilitated by individuals or entities not currently sanctioned by the United Nations. According to resolution 2231’s criteria, those interlocutors could themselves be added to the 2231 List for having assisted sanctioned parties to evade or act inconsistently with the resolution.

For example, a series of reports from the Secretary-General found that the Defense Industries Organization (DIO), an Iranian state-owned arms manufacturer which the 2231 List describes as “widely recognized as being directly involved in the nuclear program,” participated in an exhibition in Zhukovsky, Russia, in 2017 and “may have participated” in exhibitions in Baghdad, Iraq, in 2016, 2017, and 2018. The organizers of those exhibitions presumably had some role in DIO’s participation, and might have transacted with DIO – an apparent violation of the targeted sanction against DIO and of the broader U.N. arms embargo against Iran that was in place until 2020.

Another report indicated that the IRGC-linked conglomerate Khatam-al Anbiya Construction Headquarters (KAA), an entity on the 2231 List, signed a memorandum of understanding with a Syrian engineering syndicate in 2017; the Secretary-General noted in response that “Syrian authorities are to ensure that any funds, financial assets or economic resources are prevented from being made available by their nationals or by any individuals or entities within their territories, to or for the benefit of” KAA.

The Secretary-General likewise determined that “an academic organization” in a U.N. member state concluded multiple memoranda of understanding (MoUs) with an entity on the 2231 List in 2017 and 2018. The identities of the academic organization and the sanctioned entity were not named by the Secretary-General. However, 2017 and 2018 MoUs between Malek Ashtar University of Technology, an academic institution that is on the 2231 List for contributing to possible military dimensions of Iran’s nuclear program, and four Indian Institutes of Technology (IITs) were publicly available on the Indian universities’ websites as of March 2020.

Other entities have been identified since 2015 as being fronts for or acting directly on behalf of entities on the 2231 List, thus meeting resolution 2231’s listing criteria. According to a December 2020 U.N. report, for example, multiple U.N. member states informed the U.N. Secretary-General that an unnamed entity on the 2231 List “transferred some of its assets to another entity which is not subject to the asset freeze provisions.”

The United States has been more specific in uncovering and naming individuals and entities acting on behalf of parties on the 2231 List. For example, since 2016, the U.S. Treasury Department imposed several rounds of sanctions on individuals and entities accused of aiding Shahid Bagheri Industrial Group (SBIG) and its sister company, Shahid Hemmat Industrial Group (SHIG), both of which are on the 2231 List for their roles in Iran's ballistic missile program. One of the individuals designated in 2016 was Sayyed Javad Musavi, whom the Treasury Department identified as the commercial director of SHIG and who had allegedly worked with Korea Mining Development Trading Corporation (KOMID), a North Korean missile producer sanctioned under Security Council resolutions related to North Korea, to coordinate shipments of missile-related equipment from North Korea to Iran.

The 2231 List could also be expanded to include new companies and individuals whose actions violate the nuclear- and missile-related trade restrictions of resolution 2231. Last year, for example, Germany revealed the existence of a network working to covertly procure mass spectrometers from German companies in collaboration with an Iranian middleman tied to companies sanctioned by the European Union for supporting Iran’s nuclear program.

While both the mechanism and evidence to update the 2231 List exist, any such action is unlikely in the short term. China and Russia would block the Security Council from doing anything that would appear to tighten sanctions on Iran. And other parties to the JCPOA are seeking compromise, not escalation, at meetings in Vienna aimed at saving the accord.

If talks fail and Iran's case is sent back to the Security Council, previous sanctions would be reinstated as part of resolution 2231’s "snapback" provision. At that point, there may be more impetus to update the 2231 List. Until then, the United States and its allies should ensure the accuracy and currency of their own designations of individuals and entities on the 2231 List. Such additional clarity would help inform the sanctions policies of additional countries and improve the implementation of resolution 2231.

The example of Qods Aviation Industries (QAI) is a case in point. In October, the Wall Street Journal reported that “the Company for Designing and Manufacturing Light Aircraft” had received a substantial cash injection, presumably from the Iranian government, to help it develop high-tech military drones. One of its board members, Hamidreza Sharifi Tehrani, was at the time reportedly “regularly” attending seminars on civilian drones in European countries. The Company for Designing and Manufacturing Light Aircraft—alternately translated as Light Aircraft Design and Manufacturing Industries—is in fact the new name for QAI, an entity on the 2231 List. Neither the company nor any of its associates should be able to benefit from such access to foreign expertise.

[3] Iranian entities and individuals were first designated by the Security Council in 2006 pursuant to resolution 1737. Some of these entities were included on the 2231 List upon the adoption of resolution 2231 in 2015, without any modification of their descriptions.