This month’s newsletter features an update to a table of Iran’s nuclear facilities, including the addition of several undeclared sites where the International Atomic Energy Agency (IAEA) discovered uranium particles. The newsletter also features an updated report tracking Iran’s advanced centrifuges, which reflects Iran’s recent deployment of several cascades of IR-6 centrifuges at its Natanz and Fordow uranium enrichment plants.

In addition, the newsletter includes the profile of a foundation connected to Iran’s ballistic missile program, as well as news about Russia’s use of Iranian drones in Ukraine, Iranian missile and drone strikes on Iraq’s Kurdistan Region, Iranian missile transfers to the Houthis, and European pessimism about the prospects of a renewed nuclear deal. This month’s additions to the Iran Watch library include the latest set of IAEA reports, diplomatic responses to aggressive actions by Iran, and multiple U.S. sanctions announcements.
Sign up to receive the newsletter in your inbox. 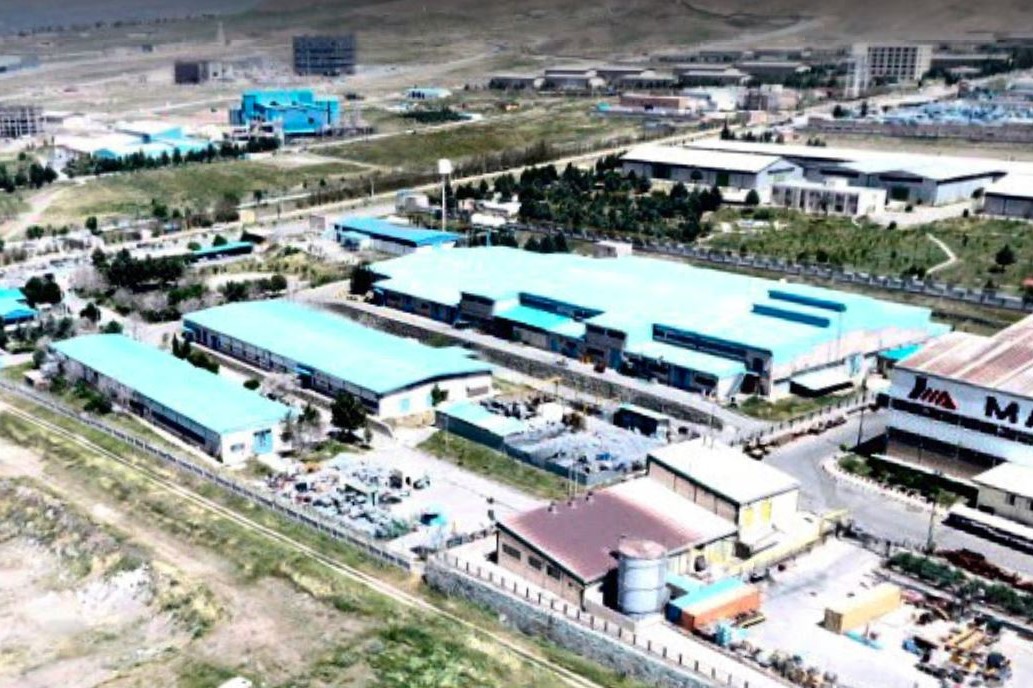 Iran operates dozens of nuclear facilities that it has declared to the IAEA and that have been the subject of some form of inspection. In recent years, however, the Agency has begun investigations into undeclared sites where past nuclear activities might have occurred. The updated table includes these sites as well as many others. 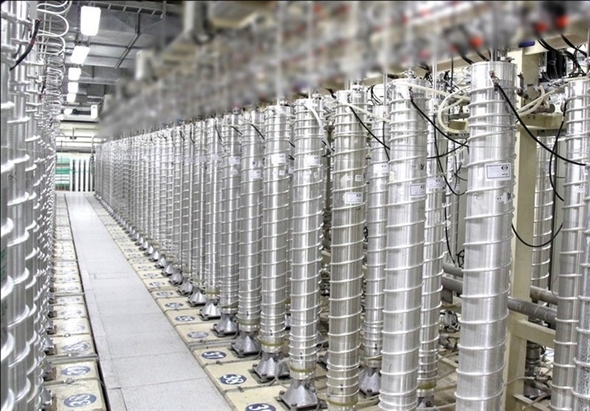 Iran has developed and deployed advanced centrifuge models that can enrich greater amounts of uranium using fewer machines relative to its original IR-1 design. Since June 2022, Iran brought online five cascades of IR-6 centrifuges totaling more than 1,000 machines and began operating a cascade of previously installed IR-4 centrifuges. Iran’s increasing mastery of centrifuge design and operation raises the risk of a "breakout" toward the development of a nuclear weapon and reflects an acquisition of knowledge that cannot be reversed.

Ostensibly charitable foundations in Iran, called bonyads, control large portions of the country’s economy and indirectly support its weapon programs, such as by financing industrial projects and employing nuclear scientists.

A foundation controlled by Iranian Supreme Leader Ali Khamenei; financed a project by Sharif University of Technology to develop Iran's first production line for aluminum powder, a substance controlled under the Missile Technology Control Regime for its potential use in ballistic missile propellant.

An Iranian technological university engaged in military and ballistic missile-related projects for the Iranian government; cooperates with the Ministry of Defense and the Islamic Revolutionary Guard Corps (IRGC); reportedly facilitated procurement for Iran's centrifuge program.

An Iranian physicist who served as a project supervisor in Iran’s pre-2004 effort to develop nuclear weapons; formerly served as science deputy at Astan Quds Razavi and scientific advisor to the Expediency Discernment Council. 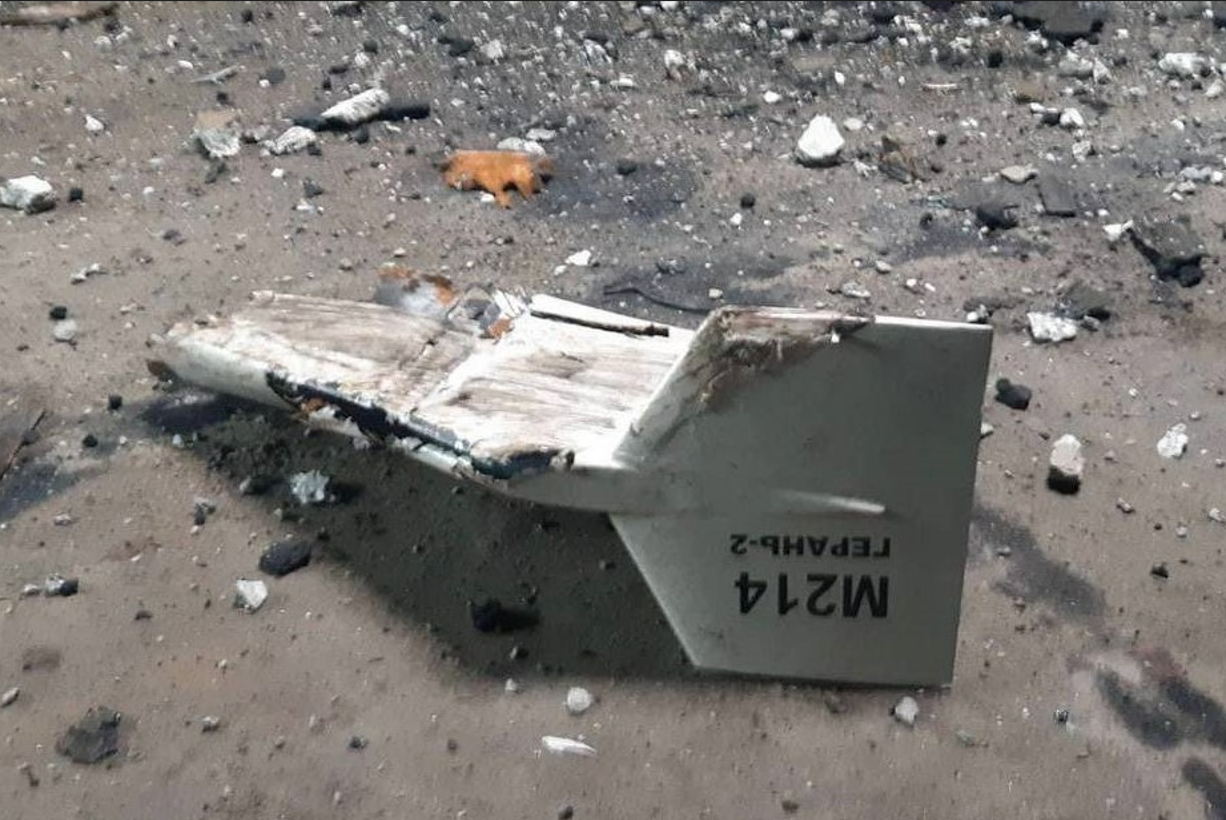 Wreckage from a drone that Ukraine’s military claimed to have shot down. (Credit: Ministry of Defense of Ukraine)

September 25, 2022: A spokesman for the Ukrainian Air Force said that Russia had launched 10 Iranian-manufactured Shahid-136 "kamikaze" drones around Odesa and Dnipropetrovsk Oblast on September 24 and that Ukrainian forces had shot down eight of them. The spokesman also said that Ukraine's military had shot down an Iranian-made Mohajer-6 strike-and-reconnaissance drone operated by Russia in Ukraine's south. Ukraine also claimed to have downed four of Russia's Shahed-136 drones in Mykolaiv Oblast on September 22 and another six Iranian-manufactured kamikaze drones on September 23.

September 28: The Islamic Revolutionary Guard Corps (IRGC) announced on September 28 that it had launched ballistic missiles and drones against Iranian Kurdish militants based in the Kurdistan region of Iraq. According to Iraqi state media, the strikes landed near Erbil and Sulaimaniya, killing 13 and wounding 58, including civilians. Iran had earlier accused the militants of supporting protests across Iran. Iraq criticized the Iranian operation as a breach of its sovereignty. The same day, U.S. forces reported downing an Iranian drone heading toward Erbil.

September 12, 2022: German Chancellor Olaf Scholz said that a nuclear agreement with Iran "certainly won't happen soon." Israeli Prime Minister Yair Lapid, who met with Scholz in Berlin, urged Western leaders to "move past" the negotiations. Scholz said that European countries "remain patient" but that "Iran must be prevented from being able to deploy nuclear weapons."

Iran took multiple aggressive actions against the United States and its allies.